Jordanian police evacuated staff on Wednesday and sealed the building housing the headquarters of the Muslim Brotherhood in Amman.

“Security forces raided our headquarters and asked us to evacuate the place,” spokesperson Muath Khawaldeh told The Jordan Times, calling the move by authorities “shocking.” He provided no further details.


The Muslim Brotherhood has long been outlawed in Egypt as a terrorist entity, where the worldwide group started.

A government source who spoke on condition of anonymity told The Jordan Times the decision came because the group is unlicensed and they are “not showing any intent to rectify their situation”.

The Islamic Action Front headquarters, the political arm of the Muslim Brotherhood, has in the past couple of years become increasingly vocal in its opposition to Jordan’s relationship with the United Arab Emirates. The IAF has also boycotted the past two parliamentary elections. Jordan’s struggles with a rising element of radical Islamism in its midst and on its borders has clearly prompted the government to take action to contain any chance of a rerun of the “Arab Spring.”

A new Muslim Brotherhood Society, whose leaders apparently split from the original group, registered a new entity in March 2014. The newly formed, moderate, officially licensed branch said it had cut ties to the regional movement. The new organization allegedly filed a complaint against the original group, claiming itself to be the legitimate Brotherhood in Jordan, according to the unnamed government source quoted by The Jordan Times. 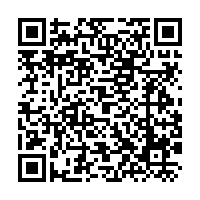