The US has no plans to withdraw its troops from the Sinai Peninsula, but it is considering restructuring them, State Dept. Deputy Spokesperson Mark C. Toner said Tuesday at his daily press briefing. “This is part of an ongoing effort to look at how to modernize the Multinational Force & Observers (MFO), including utilization of technology and greater efficiencies of operations, and how to change its posture on the ground in order to do its job more effectively.”

“Whether and how a significant force reduction will entail — I can’t speak to at this point in time,” Toner said, “but what I can say is in no way does it speak to a lessening in our commitment to the objective of the MFO mission. It doesn’t in any way signal a plan to withdraw from the Sinai. We are fully committed to the MFO mission and the maintenance of the peace treaty between Egypt and Israel.”


Earlier on Tuesday, the Pentagon said that the rise of ISIS in the Sinai had prompted the US to consider altering the MFO mission there. Media reports based on Pentagon leaks have suggested the DOD wants to scale back the contingency of about 700 US troops in the Sinai, which would be replaced by drones and other unmanned surveillance.

According to a State Department announcement Tuesday, Defense Secretary Ash Carter has in fact formally communicated to Egypt and Israel that the US had reviewed its mission as part of the MFO.

Last year, several US soldiers suffered injuries in the Sinai and the Pentagon has deployed 75 additional troops to the peninsula.

Referring to that attack, Toner insisted on Tuesday that the discussion between the Pentagon, Israel and Egypt “is about modernizing our force structure on the ground in the Sinai, it’s not about responding to the threat of ISIS on the ground. I think there’s been one direct attack against MFO forces on the ground that wounded, actually, several personnel in the MFO. There have been other attacks, but we believe that those have been actually targeting Egyptian forces. But in no way is this a lessening of our commitment.” 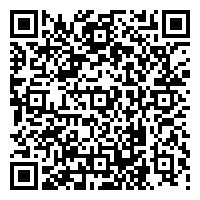