Kabbalist Rabbi Dov Kook of Tiberias visited Eilat this week and sailed in a boat to reach an IDF Navy ship to encourage soldiers to say “Shema Yisrael” but almost landed in the sea.

The Hareidi website Kikar Shabbat reported that Rabbi Kook spoke with officials of the southern tourist city as part of a campaign to persuade Jews to say the prayer, recited three times daily in prayers and before going to sleep at night.


After visiting the maritime observatory in Eilat, Rabbi Kook sailed in a boat towards a Navy ship. As seen in the video in the link here, he began to lose his footing while trying to board the ship as others told him, “Rabbi, be careful.”

He settled for remaining on the boat and shouting out loud, “Say Shema Yisrael. This is most important. You can say it now but especially at night.”

The soldiers promised they would, and the rabbi sailed back to Eilat. 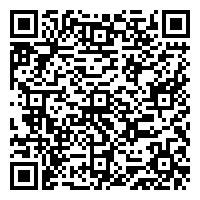