U.S. Secretary of State John Kerry will be back in town on Tuesday for another round of pressing Prime Minister Binyamin Netanyahu to give Mahmoud Abbas another boost in confidence by surrendering more sovereignty in Judea and Samaria.

Kerry also will meet with the Palestinian Authority chairman, but there has been no mention of a joint meeting.


Whenever the Secretary of State comes, he wants something in return for having taken his precious time to talk with the Prime Minister , who is his biggest obstacle to giving him at least one supposed achievement before he leaves Foggy Bottom when President Barack Obama exits the White House.

That leads Kerry to his logical conclusion that Prime Minister Netanyahu must make more concessions to keep Abbas from being hanged, in effigy if not in reality, by the same type of Arab terrorists who threw Hosni Mubarak and then Mohamed Morsi out of power. Egyptian President Abdel Fattah al-Sisi appears to be next in line.

The Secretary of State has tried to show “balance” by saying that Abbas must reduce incitement, as it committed to eradicate when it signed the Oslo Accords two decades ago. Since then, each “good will concession” by Israel has been followed by a harder line from Ramallah, accompanied by violence whenever Israel does not concede enough.

The wave of violence, highlighted by Arabs stabbing Jews in the back, even children and women, has subsided, which is perfect timing for Kerry to fly in and claim credit for the relative calm.

Hs was involved in recent talks with Jordan and Israel to place video cameras on the Temple Mount to make sure Jews don’t even look like they are praying and that Muslims do not “pray” with rocks, firebombs and guns to use against their “devil.”

Kerry will look for an area where he can squeeze Netanyahu for more concessions, and that means “Area C,” a vast region in Judea and Samaria that most people believe is under Israel sovereignty.

The truth is that Arabs in Area C, the home of nearly 100% of the Jews in Judea and Samaria, enjoy the same status as the Arabs in Gaza before the Intifada began in the late 1980s. They are not under Israeli control.

They are in charge of their own affairs except for rooting out terror, which no one except the IDF can do. It means they can travel freely not only within Judea and Samaria but also in all of Israel after going through what Arabs and anarchists claim are “degrading” inspections at checkpoint, no less thorough than at every American airport.

The relative good life in Gaza ended with the “success” of the intifada that replaced the “occupation” with a corrupt terrorist organization hell-bent on destroying Israel. A flourishing economy, which Gaza never even dreamed of under Egyptian rule until they were freed from Cairo’s yoke in the Six-Day War in 1967, has transformed into a Hamas fiefdom to suck shekels from hapless Gazans.

In Area C, Israel already has given up most of the vacant land, allowing the Palestinian Authority, with funding from the European Union, for agriculture and for building, without permits,

So how can Kerry make trouble this time?

He will insist that the IDF stop providing security for Jews on the highways. He will demand that soldiers pack up and stay at their bases instead of rooting out terror. 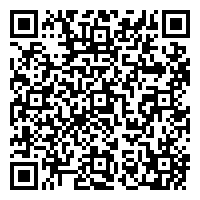