After the resignation of Kulanu Environment Minister Avi Gabbay on Friday, because he objected to the prime minister’s replacing Defense Minister Moshe Ya’alon with Yisrael Beiteinu chairman Avigdor Lieberman; and after Kulanu chairman and Finance Minster Moshe Kahlon’s tweet that he would veto any attempt to curb the legislative ambitions of the Israeli Supreme Court; now Kulanu’s Housing Minister and former IDF Chief of Staff Wannabe Yoav Galant, who was forced to resign from the Army under the cloud of a scandal, has also moved to pull his fledgling party to the left. According to a Jewish Insider report, Gallant spoke to the Conference of Presidents of Major American Jewish Organizations in New York last week and told them his government’s policy was to freeze construction in the Judea and Samaria Jewish settlements. Galant also warned against the emergence of a two-nation state if the 2-state solution is not implemented, and advocated moving in that direction even without cooperation from the PA Arabs.

In other words, at this point there is no daylight between the views of Meretz and at least one Netanyahu government minister on the fate of the Jewish communities on the “wrong” side of the green line: they must come down and every penny Israel invests in adding to them is a penny wasted.


According to the report, Galant was asked several times regarding settlement construction, and his response each time should constitute a challenge to all of Kulanu’s partners in Netanyahu’s government. Galant spelled out that “fundamentally, I’m carrying out the government’s policy that we do not build in Judea and Samaria.” He added, apologetically: “But I’m not the only one who holds the capacity to build. There are private people who build, and other parts of the government which are acting according to the instructions of other ministers.” Make that the Habayit Hayehudi ministers, specifically Agriculture Minister Uri Ariel who is in charge of the Settlement Division.

Galant was concerned about the stalled negotiations with the PA. “In ten years there will be 7 million Palestinians and 7 million Jews west of the Jordan River,” he said, obviously accepting the Arab census information on blind faith. The real figures are less alarming, and the figures of Israel’s birthrate are more encouraging than ever. It turns out young Israeli couples, especially the religious ones, are not watching TV or surfing the Internet at night.

Galant also suggested that even though Israel does not have a partner for peace on the Arab side, this should not hinder its progress towards the 2-state target. “The question rises, what would happen should we take our hands of this plane’s rudders and just let it continue to glide,” Galant asked. “What will happen in one generation?” He, apparently knows what is bound to happen: “We’ve seen what happened in the Balkans,” he said, concluding that “thinking about the future obligates us as a government to bring about a solution even if the other side does not want it.”

Naturally, with the successful record of a unilateral pullout from Gaza to support it, who can refute Galant’s argument. Even the idea of the IDF staying out of the PA areas is terrifying to most Israelis, who recall what the PLO terror network was able to accomplish without Israeli tight supervision. The notion of evacuating the Jews of Area C is both criminally absurd and contrary to the wishes of the majority of Israeli voters.

As polls have shown, the Kulanu party is destined to leave the Israeli political map as quickly as it has appeared, shrinking from its current ten MKs to 6, and making room at the unaffiliated center for the Yair Lapid Yesh Atid party which may end up as the second largest party in the Knesset next time, with a projected 19 to 21 seats. All of Kulanu’s vagaries in the coming weeks should be viewed in that context: a party on its way to extinction attempting to soar once more by flapping its arms with great vigor. It’s not a very attractive image, and in this case it is also likely to inflict some damage on Jews. 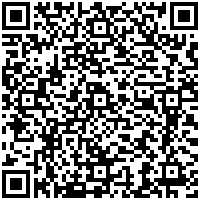