A senior U.S. official, code for the State Dept., put the press on red alert around 17:00 (10 a.m. EDT) with a statement that U.S. Secretary of State John Kerry was to make an announcement half an hour later from Vienna, where he and the other P5+1 powers are trying to hammer out an agreement with Iran on is nuclear program.


More than 20 minutes past the announced time, with journalists waiting with bated breath in Vienna, where temperatures are nearly 100 degrees, Kerry made this breathtaking statement:

Progress has been made. No, an agreement is not yet there. We are not there yet. We have difficult issues still to resolve.

Prepared to walk away if they can’t get a deal that satisfies.

Pushing for deal by July 7 deadline

We are not yet where we need to be….this negotiation could go either way

We want a good agreement…We’re not going to shave, anywhere, at the margins, just to get an agreement.

We are closer than we have ever been.

We’re not going to negotiate in the press.

Right now we’re aiming to finish this in the time frame we’ve set out.

I think there’s a lot of speculation. It’s now time to see whether we are able to close the agreement. 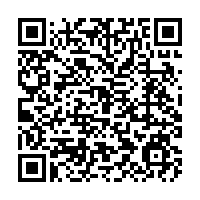