Kerry: We agreed that Syria must submit, within a week – not in 30 days, but in one week – a comprehensive listing.

Lavrov: Of course, in these approaches agreed on, there is nothing said about the use of force, not about any automatic sanctions we – as I said, all violations should be approved in the Security Council convincingly.

Kerry: I purposefully made the statements that I made in London, and I did indeed say it was impossible and he won’t do it, even as I hoped it would be possible and wanted him to do it. And the language of diplomacy sometimes requires that you put things to the test, and we did.

Lavrov: There were countries who were ready to pay for the war, and I’m sure that there will be such countries, perhaps not the same countries, who will be ready to finance the peaceful solution of the problem.

Secretary Kerry: Well, thank you very much for your patience, not just this morning, but over the last couple of days. We’re very appreciative and particularly grateful to Sergey Lavrov, who stayed extra time from what he had originally planned, hoping we’d finish sooner, and this gave us additional opportunity to be able to work through some of the issues…

…So let me just outline specifically where we are, and the steps that the United States and Russia have agreed to take under this framework.


First, the scope: We have reached a shared assessment of the amount and type of chemical weapons possessed by the Assad regime, and we are committed to the rapid assumption of control by the international community of those weapons.

Second, specific timelines: The United States and Russia are committed to the elimination of Syrian chemical weapons in the soonest and safest manner. We agreed that Syria must submit, within a week – not in 30 days, but in one week – a comprehensive listing. And additional details will be addressed regarding that in the coming days.

Fourth, verification and monitoring: In the interest of accountability, the United States and Russia have agreed that the Syrians must provide the Organization for the Prevention of Chemical Weapons and supporting personnel with an immediate and unfettered right to inspect any and all sites in Syria.

Fifth, destruction: We have agreed to destroy all chemical weapons, including the possibility of removing weapons for destruction outside of Syria. We have also reached a side agreement on methodology.

Fifth, finally, consequences – sixth, excuse me: Our agreement today strengthens the OPCW – the Organization for the Prevention of Chemical Weapons Executive Council decision to use the Chemical Weapons Convention extraordinary procedures in order to ensure full implementation. It also provides for UN administrative and logistical support to the OPCW for inspections and destruction. In the event of noncompliance, we have committed to impose measures under Chapter 7 within the UN Security Council.

Ultimately, perhaps more so than anywhere in the world, actions will matter more than words. In the case of the Assad regime, President Reagan’s old adage about “Trust but verify” – “Doveryai no proveryai,” I think, is the saying – that is in need of an update. And we have committed here to a standard that says, “Verify and verify.”

But I also want to be clear about the endgame here. If we can join together and make this framework a success and eliminate Syria’s chemical weapons, we would not only save lives, but we would reduce the threat to the region, and reinforce an international standard, an international norm. We could also lay the groundwork for further cooperation that is essential to end the bloodshed that has consumed Syria for more than two years…

Foreign Minister Lavrov: (Via interpreter) …I just want to state that it’s a decision based on a consensus and a compromise and professionalism. And we have achieved an aim that we had in front of us, in front of our presidents when they talked on the 5th of September, on Friday, in the margins of the G-20 in St. Petersburg, and that later was announced, just not long ago, on the 8th of September, in – on Monday, and the aim is to resolve the solution to put under international control the arsenals of chemical weapons in Syria.

Kerry Regrets Using ‘A’ Word, Which He Also Claims He Did Not Use 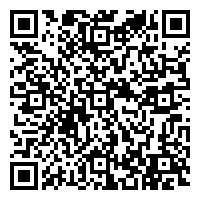