U.S. Secretary of State John Kerry denied reports that he is ready to impose a U.S. peace plan on Israelis and Palestinians.

“Let me categorically dispel any notion that there is anything other than the track that is formally engaged in between Israel and the Palestinians,” Kerry said when asked by reporters Monday about the purported plan in Riyadh, where he met with his Saudi Arabian counterpart, Saud al Faisal.


A number of reports over the last week, including one from Zehava Gal-On, the leader of the left-wing Israeli Meretz Party who said she had learned of the plan from U.S. and Palestinian officials, said that the secretary of state was frustrated with the gap between the Israeli and Palestinian teams and was ready to introduce a U.S. plan in January that would be based in the 1967 lines.

Kerry continued from Saudi Arabia to Israel and the Palestinian areas, where he was to meet this week with leaders, including Palestinian Authority President Mahmoud Abbas and Israeli Prime Minister Benjamin Netanyahu.

Palestinians and Israelis renewed talks this summer after intensive lobbying by Kerry. 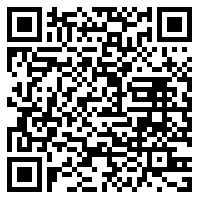