The initial discovery was made by Benjamin Troper, the training coordinator of the Kfar Etzion field school, who suddenly, while aiding a troubled tourist down a deep cave south of Jerusalem, turned to look at the nearby wall and saw an ancient stone column.

“I had gone down that hole dozens of times,” Tropper told Makor Rishon, “but this was the first time, because I was helping the tourist, that I came down looking in that direction.”


What he saw was a bona fide ancient column with a capital, which he recognized from his years as tour guide and from the time he spent working in excavating ancient Jerusalem.

That’s the story of a remarkably rare archeological discovery, which no one has heard about. For some reason, possibly political, the Israeli authorities have been trying to silence this discovery which could usher in a breakthrough in our understanding of the periods of King David and his son, King Solomon.

The column capital Tropper ran, or rather climbed down into, is very likely part of a complete temple or palace buried underground.

Tropper, who expected nothing short of a medal for his fortunate discovery, called over the field school’s director, Yaron Rosenthal, who in turn alerted a senior employee of Israel’s Antiquities Authority. But no medals were to come any time soon.

The find is really big, according to Rosenthal. It may also be a singular opportunity to unearth a whole structure that hadn’t undergone “secondary use,” meaning that it hasn’t been altered by later dwellers of the area. Often, later period folks utilize the components of older structures as building blocks for their own structures.

But even better than that: there are still, to this day, raging debates between the school of archeologists who claim there was a great Jewish dynasty begun by David and Solomon, and the school that doubts there ever really existed two people by those names.

Rosenthal (you know which school he belongs to) believes the discovery will offer startling details about the everyday lives of those Jewish kings.

According to Rosenthal, the reaction of the Antiquities official was “astonishing.” He told him: “Yaron, please, you found it, but we know about it. Now forget the whole thing and keep your mouth shut.”

Over the past few months, the defense ministry was drawing the path of the section of the security fence that will separate the Palestinian Authority’s Bethlehem County from South Jerusalem. They knew about it at Antiquities, reports Makor Rishon, but kept mum and let the fence line be drawn about a hundred yards from the site, effectively leaving it in Palestinian hands.

According to Makor Rishon, Antiquities’ director-general Shuka Dorfman and former chief of the central front Gen. Avi Mizrahi were called in to look at the find, a year and a half ago and decided together to silence the discovery.

The question is, based on their track record, how respectful would the future owners of the area, the PA, of a site that could prove beyond doubt that it used to belong to a Jewish empire – the very empire the PA officially says never existed.

The Antiquities Authority’s response to the Makor Rishon inquiry has been that it is aware of the situation and is already making efforts to excavate the important find, while cooperating with all relevant entities.

Incidentally, inside the cave where the exposed column capital is situated, there is a water hole, where local Arab children go bathing. How long before one of them discovers the ancient relic and calls his daddy over? 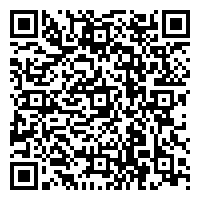