The past 15 years have seen a significant decline in crime committed by immigrant youth – from 23% of all minors involved in crime in 2001, to only 6% in 2013, this according to a study commissioned by the Yedidim social services organization. These figures were revealed during Monday’s meeting of the Committee for Immigration, Absorption and Diaspora Affairs, and Committee Chairman MK Avraham Neguise (Likud) stressed that “in light of the success of the organization’s ‘A Second Chance (Sikuim)’ program, the Education, Welfare, Immigrant Absorption and Public Security ministries must significantly increase their support for the program, mainly because rehabilitation and prevention save the state hundreds of thousands of shekels.”

Neguise noted that some 30% of imprisoned immigrant teenagers are of Ethiopian descent. Many of them have been to prison before, he said.


Yedidim’s website describes the second chance program as “a strategic partnership between the Ministry of Immigrant Integration, the police, the Ministry of Welfare, local municipalities and Yedidim designed to offer [immigrant juvenile delinquents] an opportunity for a fresh start and a clean slate.”

Yedidim Executive Director Shimon Siani said the program is aimed at “saving children and their families from a general deterioration.”

Professor David Leiser of Ben-Gurion University, who conducted the study, noted that for every shekel the state invests in preventing delinquency or rehabilitating a juvenile delinquent, it will save 5-10 shekels in the future by avoiding the delinquent’s imprisonment, compensating those hurt by the delinquent, etc.

Adva Meltzer, a social worker in charge of the program, spoke about the rehabilitation of 620 youths with the help of 400 tutors who are in charge of re-integrating the youths in the community. The tutors volunteer and assist weaker communities, provide life-skills and accompany parents, with an emphasis on multiculturalism.

Ilan Shemesh, manager of the National Youth Advancement department in the Ministry of Education, also praised the program, its success and the student-tutor guidance. However, he said his office grants only a modest amount of funds for the program. This is not the case in the instances of imprisoned youth, youth villages and rehab villages, in which the office invests hundreds of millions of shekels, and as a result many of the youths enrolled there complete their education and are entitled to a high school matriculation exam certificate.

According to Sarah Cohen, head of the Welfare Services Department at the Absorption Ministry, the program began as an initiative of the government, which manages it. She explained that Yedidim was chosen as an operational organization, and “does so successfully and with dedication.” She noted that the Ministry for the Development of the Negev and Galilee assisted in funding the program in other cities. 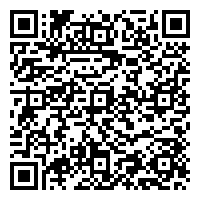