Dr. Richard Horton, editor-in-chief of the British medical journal The Lancet, unreservedly apologized for running a virulently anti-Israel open letter accusing Israel of a “massacre” in Gaza during this summer’s Operation Protective Edge. The apology was made at the conclusion of a three-day visit to Rambam Medical Center and to the Technion Medical School, in Haifa.

The bitterly anti-Israel letter, written by Paola Manduca and signed by 23 other medical professionals, was published online on July 23.

The open letter accused Israel of committing war crimes, of “targeting whole families, killing them in their homes.”  It claimed that Israel’s attacks on Gaza “aim to terrorise, wound the soul and the body of the people, and make their life impossible in the future, as well as also demolishing their homes and prohibiting the means to rebuild.”

The letter, published in such a prestigious medical journal, also painted virtually all Israeli academics as being complicit in the “massacre and destruction of Gaza” because of their failure to denounce the Israeli government and join with the letter writers in demanding that Israel cease the military action in Gaza.

Although Horton initially refused to apologize for publishing the highly politicized and intemperate letter, according to a press release issued by Rambam Hospital on Thursday, Oct. 2, he completely reversed himself, by the end of his trip.

Horton stated that his visit to Israel was a “turning point for me and my relationship with this region.”

The visit consisted of tours of Rambam’s medical units, a series of medical and ethical lectures, discussions, debates and visits. During his short visit to the region, Dr. Horton met with young Israeli and Arab doctors, in order to gain their perspective, and he met with doctors who treated the wounded on the battlefield in Gaza, both Israeli soldiers and Arab victims.

Discussions during his visit included “Science and Medicine as a Catalyst for Peaceful Coexistence,” and “The Ethics of Armed Conflict and Responsible Scholarly Journalism.”

On Thursday, the last day of his visit, Horton was a guest at a debate entitled, “Publications which promote political agendas have no place in scientific and medical journalism and academics should refrain from publishing in such journals.” Supporting the premise was a professor of Geriatrics at Ben-Gurion University, and opposing was a professor of psychiatry from Tel Aviv University.

Horton ended his visit by giving a lecture in the Rambam Grand Rounds, “Geopolitical Issues and Responsibilities of Medical and Scientific Journals.” (A video of the full lecture follows this article.)

The British doctor began his lecture by stating, “I need, very honestly, to set the record straight with you. First, I deeply regret the completely unnecessary polarization that publication of the letter by Paolo Manduca caused.” He continued, second, “I was personally horrified at the offensive video that was forwarded by two of the authors of that letter. The world view expressed in that video is abhorrent and must be condemned, and I condemn it.” Horton continued with the commitment that he will be “publishing what I have just said in The Lancet next week.”

In addition to making it absolutely clear that he was profoundly sorry that his publication was used in such a blatantly political and completely unjustified manner, Horton expressed the desire for The Lancet to receive papers from Israel and to promote collaboration between Rambam and The Lancet “to further the cause of health care at all levels of society for all peoples.”

Horton told his Israeli colleagues that his visit represents “a fresh start for a new and different future.” 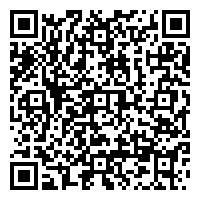