Not even off the lot, the Lockheed Martin F-35 fighter jet is turning into an even bigger lemon than first anticipated by Israeli politicians who fought the deal forced on the Jewish State with a U.S. military aid package by the White House.

The problem was troubling enough that seven USAF bases are testing new ways to “mitigate any possible aircraft shutdowns due to high fuel temperatures in the future,” according to the report” quoted by Defense Aerospace.com.

So far, one fuel tanker has been painted white – at a cost of $3,900 – at Edwards Air Force Base, California, in an attempt to “ensure the F-35 is able to meet its sortie requirements.”

The same idea was tried at Luke AFB shortly after, according to the report, because at Luke, “temperatures can reach beyond 110 degrees (Farenheit).” It was believed that painting the tanks white would “help prevent fuel stored in the tanks from overheating.”

But some technicians came up with an even better idea: “This is the short-term goal to cool the fuel for the F-35; however, the long-term fix is to have parking shades for the refuelers,” according to Chief Master Sgt. Ralph Resch, the 56th LRS fuels manager for the 56th Logistics Readiness Squadron at Luke Air Force Base, Arizona.

Bright white paint may cool off the fuel tankers but it will heat up a conflict in the Middle East faster than you can say “hot target in sight!”

Moreover, many areas of the Middle East reach beyond 120 degrees Farenheit during the summer months. Needless to say, a summer war is also much easier to fight than one in the winter, even without such encouragement. Add in the disadvantage of a fighter jet whose fuel broils in the sun, and the average enemy force would be silly not to plan for a summer conflict.

Earlier this month, the cabinet voted to approve a reduced order to buy an additional 14 of the F-35 Lightning II Joint Strike Fighter jets. Also approved was an option to order another 17 of the warplanes in 2017.

A final deal to purchase a total of 50 of the warplanes for two squadrons was approved by the Israeli government cabinet in October of this year, at a cost well above the original price tag.

A ministerial panel headed by Prime Minister Binyamin Netanyahu and then-Defense Minister Ehud Barak made the initial approval in September 2010 for the purchase of 20 F-35 fighter jets.

That decision was made despite intense opposition from a number of senior defense officials over the high cost of the deal. For a price of nearly $3 billion, Israel would receive the 20 F-35s in 2016, with an option to buy another 75 of the aircraft.

The F-35 already had numerous design compromises at that point that irked Israeli leaders. Many Israeli systems were rejected by the U.S. government, which refused to allow Lockheed Martin to install them on the aircraft.

Because Israel does not have full control over the design and modifications on the F-35, including access to the aircraft’s software codes, its use to the IDF is limited.

By May 2011, Israeli defense officials told the World Tribune the problems with the F-35 were “much worse than we had been told.”

Two months later, the U.S. agreed to allow F-35s purchased by Israel to be rewired in order to accommodate the installation of Israeli electronic warfare system and eventual additions of other sensors and other systems. 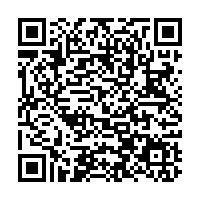