Abbout Productions, owned by Lebanese producer Georges Schouair, is in production to shoot “Ghoul,” the first zombie TV series to have ever been produced in the Arab world, Variety reported Tuesday.

Eight characters from different parts of the Middle East are facing a zombie plague in the new series’ eight 26-minute episodes, written by Antoine Waked and directed by young Lebanese director Rami Kodeih.

Targeting a young audience, in a region where two-thirds of the population is under 30, the Arabic-language series is based on a mutating zombie virus which affects different Arab countries in different ways.

“It’s a way of talking about political issues in these countries,” Schouair told Variety, noting that “the Arab world is not used to doing non-Ramadan TV series.”

Abbout plan is to start shooting in Lebanon by next year.

“It’s taken us three years to write the scripts and do the storyboards, but I think we now have a good product,” Schouair said. 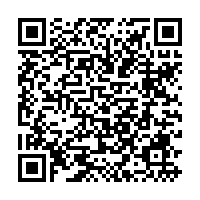