Lebanon’s parliament speaker announced Thursday that Beirut would ask the United States for help to cut in on Israel’s natural gas reserves in the Mediterranean Sea, the Times of Israel reported Thursday.

The field is located off the coast of Nahariya, south of Lebanon’s territorial waters. The area in question is a 1,400- square kilometre maritime that is considered part of Israel’s exclusive economic zone. US geologists believe the area contains up to 123 trillion cubic feet of natural gas and 1.7 billion barrels of oil.


Until that discovery was made, Lebanon had never laid claim to the area.  Since then, however, Hezbollah spokespeople have mentioned the issue repeatedly in their speeches, apparently planning to turn the area into a “maritime Sheba Farms,” a reference to the area of Israel that Hezbollah claims as “occupied” Lebanese territory. The United Nations regards that area as part of Syria, where as UN maps show the site as clearly being inside Israel.

For Hezbollah, however the supposedly-“occupied” Farms create pretext to continue preparations to fight the Israeli enemy.

TOI quoted the as-Safir newsper, which said that Berri told Kerry he hoped the US would mediate between Lebanon and Israel “in a balanced and fair manner.” Berri also apparently tried to bribe Kerry, offering an opportunity for US companies to become “partner(s) in oil exploitation in Lebanon,” the website added.

Lebanese factions fought a devastating civil war from 1975-90, destroying the country’s tourism industry and much of its export trade. In the past, the country, which is poor in natural resources, has been a haven of cultural freedom and tolerance, with a thriving nightlife and culture scene in the capital, Beirut.  Since then, the country’s economy has basically stagnated.

In addition, Lebanon has essentially been taken over by Iran, via its local proxy, Hezbollah. Following Israel’s withdrawal from the security zone the terror group has repeatedly kidnapped Israeli soldiers, most recently provoking the Second Lebanon War in 2006. As a result, Beirut has incurred massive national debt with little ability to repay it.

TOI reported that the United States has asked Lebanese officials to hold off on drilling in disputed waters until a final deal on borders can be reached. 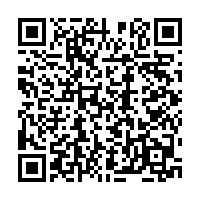