Avigdor Liberman (Yisrael Beiteinu) is coming to Washington DC on his inaugural visit as Defense Minister against the background of a dispute between the White House and Congress over increasing US support for Israel’s missile defense research and development. He’ll be meeting with US Secretary of Defense Ash Carter, who maintained a personal friendship with Liberman’s ousted predecessor, Moshe Ya’alon (Likud). Liberman and Carter are expected to discuss the White House proposal for a long-term US military aid, which would be larger than the current package, but conditioned on Israeli agreement not to solicit additional military aid from Congress.

Last Tuesday the Administration opposed a call by Congress to increase funding for Israel’s missile defense program by $455 million, to $600 million, well above the 2017 fiscal year White House budget request.


Israel is looking to expand the US annual military aid package from the current $3.2 billion to upwards of $4.5 billion, a portion of which would go to purchases from Israeli companies. The White House is looking at a more modest increase over 10 years, and for the entire amount to be spent in the US.

According to a senior defense ministry source speaking to Ma’ariv, the military aid package is not the central purpose of the visit, rather the trip is mainly planned for introductory meetings with key players in the defense department and in Congress. “We don’t expect dramatic breakthroughs in the coming week,” the source said.

Liberman will also meet with the Senate Armed Services and Foreign Committees.

On Wednesday, Liberman will attend the Lockheed Martin roll out ceremony for the F-35 fighter planes purchased by the Israeli air force — the first of which is expected to arrive in Israel in December. The defense minister will also tour an Elbit Systems plant and meet in New York with the defense ministry purchasing delegation.

According to Walla, there is a dispute between the professional echelon in the defense ministry and Prime Minister Netanyahu over the American proposal, with the DM staff recommending signing the aid package now, and Netanyahu preferring to wait out this administration and dealing with the next president, Clinton or Trump, either one of whom would be more pro-Israel.

Liberman is much more liked by the current administration than Netanyahu, because back when Secretary of State John Kerry was still pushing for an Israeli-Palestinian peace agreement based on the 1967 borders, Liberman, then Israel’s foreign minister, supported the US effort, saying this was the best deal Israel could expect.

In that vein, Liberman is expected to use the opportunity of his US visit to allay fears regarding his hawkish reputation on defense, by making a major dovish statement about the two-state-solution. 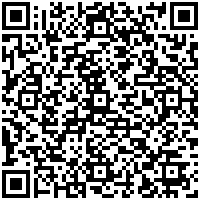