Defense Minister Avigdor Liberman has opened the gates, so to speak, to allow almost completely free movement between the Palestinian Authority and Israel during Ramadan this year.

IDF Maj.-Gen. Yoav Mordechai, Coordinator of Government Activities in the Territories (COGAT) issued a statement late Friday noting the move was Israel’s “civil policy to improve the quality of life for Arabs citizens of the Palestinian Authority in Judea, Samaria and Gaza, including the maintenance of their freedom of religion.”


The policy – recommended first by IDF Chief of Staff Lt.-Gen. Gadi Eizenkot – comes in advance of the start of the Islamic holy month of Ramadan which begins Sunday night.

Under the policy, Arabs in Judea and Samaria will be able to enter Israel for visits with relatives and to worship Friday at the Al Aqsa Mosque on the Temple Mount in Jerusalem.

In addition they will be able to travel overseas via Ben Gurion International airport, and also be allowed to visit relatives in Gaza as well.

Gazans living abroad will be able to fly in via Ben Gurion to visit their families in the region.

Moreover, Gazans will be allowed to attend prayers in Jerusalem at the Al Aqsa Mosque on the Temple Mount, and attend Ramadan religious events.

They will also be able to visit relatives in Israel, as well as in Palestinian Authority-controlled areas of Judea and Samaria — assuming, of course, that Gaza’s ruling Hamas terror organization agrees to allow its citizens all this freedom. It’s also not clear whether Hamas will allow visitors to enter the region to visit family members either, for that matter. That is not under Israel’s control.

But this time it won’t be the Israeli government placing obstacles in the way.

The Palestinian Authority and the international community have been “updated on these steps for the holiday,” the statement said. 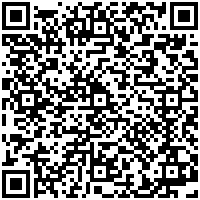