A Russian state news agency TASS story in the wake of the Friday Paris Conference for peace, quoted Russian Deputy Foreign Minister Mikhail Bogdanov who advocated concrete territorial exchanges between Israel and the Arabs in Judea and Samaria, in order to preserve Israeli settlements. “The border should be established between Israelis and Palestinians,” Bogdanov said, adding, “This border may envisage territorial exchanges, appropriate and adequate, taking into account that such an approach allows to resolve the problem of Israeli settlements on the West Bank.”

The Deputy Foreign Minister stressed that Israeli settlements “may remain in some regions with the understanding that in exchange for territories with Israeli settlements, Palestinians will get an appropriate compensation in the form of parts of the territory. This is a so-called territorial exchange.”


It should be noted in this context that Defense Minister Avigdor Liberman in the past advocated handing over to the Palestinian State the Israeli cities of the Arab Triangle, such as Um El Fahm and Tira — a suggestion that caused an uproar and accusations of racism.

Following the Paris international conference on a peace deal between Israel and the Arabs, in which 29 nations as well as the UN and EU participated, but Israel did not, Bogdanov, the Russian president’s Special Representative for the Middle East and Africa, told TASS that the conference had been “useful. We still need to analyze the content of the Paris discussion; study the final document and then see what can be done, by using common approaches, to promote a sustainable negotiating process between the Palestinians and the Israelis,” Bogdanov said. He recommended that both sides assess the conference’s results, and promised that “We are going to have contacts at a very high level with both sides.”

Signaling the Russians’ intense interest in remaining involved in the process, TASS on Friday ran five different stories involving Mikhail Bogdanov and the peace agreement. According to the diplomat, Moscow is prepared to host negotiations between Palestinian and Israeli representatives. “Of course, we will be prepared to do this, if there is the wish and readiness of the two parties — Israelis and Palestinians — to have a meeting… if they wish to meet in Moscow, we are prepared to host them.”

In another story, Bogdanov lamented the fact that the split among the Palestinians hampers progress in the Middle Eastern settlement. “This problem should be resolved as a priority task so that Palestinians present a single and united delegation at the talks on the final status,” Bogdanov advised.

He also promised that “Russia fully supports efforts to restore inter-Palestinian unity on the basis of the PLO and Arab Peace Initiative.” He suggested a “dialogue with representatives of the whole range of Palestinian forces, first of all Fatah and Hamas, in the interest of achieving appropriate agreements.”

It was not easy to asses whether the high-ranking diplomat was being naïve or cynical, but it appears that he is promoting peace between Hamas and the Jews it has sworn to annihilate. In fact, Bogdanov is serious about preventing the next clash between Israel and Hamas:

“The exchange of strikes between Israel and the Palestinians in Gaza in early May of this year that became the biggest since the ceasefire agreement was reached in August 2014 is another confirmation of a well-known point, which is that the recurrence of confrontation is not ruled out without solving the enclave’s problems, lifting the blockade imposed on it and restoring its infrastructure destroyed by Israel, including in the summer of the year before last,” Bogdanov said.

He did not mention that those clashes in May erupted when IDF bulldozers were crossing a few yards into Gazan territory to demolish Hamas terror tunnels that lead into Israel. Hamas was unhappy to see its work being destroyed, and so their snipers shot at IDF soldiers to shoo them away. 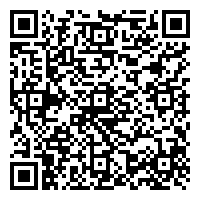