MK Avigdor Lieberman has been found not guilty Wednesday morning by a three-judge Magistrate Court panel of all the charges against him.

The senior judge, walking into the court, began her statement by announcing that the former—and soon to be once again—Foreign Minister is completely acquitted, by the entire panel.


Lieberman was charged with counts of fraud and breach of trust in appointing Ze’ev Ben Aryeh Ambassador to Belarus.

Lieberman, who leads the coalition partner Israel Beiteinu, was forced to resign the post of foreign minister, which has been kept open for him by Prime Minister Netanyahu. Lieberman will resume his ministerial role even though the prosecution is likely to appeal today’s decision.

Lieberman arrived in the court house accompanied by his two sons. He joked with reporters who asked him how he had spent the night before the verdict, telling them he watched his favorite soccer team on television, counted to 1 and fell asleep.”

Lieberman has used the “count to 1” quip on several occasions in the past.

The burly politician, whose candidate has just lost a close race for mayor of Jerusalem, has been hounded by several generations of Israeli state prosecutors, dodging case after case and coming up roses. The suit that ended today was launched by the current Attorney General Yehuda Weinstein, who decided a year ago to drop all the “iffy” cases against Lieberman, and concentrate on what he thought was a winnable case.

Essentially, Lieberman was charged with promoting his underling Ze’ev Ben Aryeh to the post of Ambassador to Belarus, after the latter had warned him about his being interrogated on a case that could harm Lieberman.

The 3-judge acquittal may mean the beginning of the end for Attorney General Weinstein, who has already been accused of making a fatal error in dropping other cases against Lieberman in favor of this one, and also of running a lackluster prosecution.

The acquittal is a boost to the right wing factions in the Netanyahu coalition, at a time when the peace talks with the Palestinians appear to be hitting a major snag. It would be interesting to watch the visiting Secretary of State John Kerry, in town to keep the talks alive, coming in to shake hands with the old/new occupant of the corner office in the Foreign Ministry. 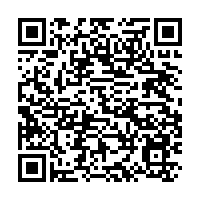