Sen. Joe Lieberman (I-Conn.) said he would not object to the nomination of Susan Rice, the United States’ ambassador to the United Nations, as secretary of state.

Lieberman’s apparent endorsement of Rice on Tuesday is largely symbolic; he is retiring as senator and likely will not be serving by the time Hillary Rodham Clinton, the current secretary of state, steps down, a move anticipated early next year.


However, Lieberman’s statement this week after meeting with Rice that she was telling “the whole truth” about why she initially depicted the deadly Sept. 11 attack on the U.S. consulate in Benghazi, Libya as a spontaneous eruption and not as a planned terrorist attack undercuts criticism of Rice as unreliable by Sens. John McCain (R-Ariz.) and Lindsey Graham (R-S.C.).

Lieberman has throughout much of his career joined with McCain and Graham as a foreign policy hawk; his dissent, now that he is free from such alliances, could be used by Democrats to depict GOP attacks on Rice as political and not substantive.

The Benghazi attack is believed to have been the work of Al Qaida-affiliated terrorists, intelligence Rice says was not made available to her in the days after the attack, when she was the Obama administration’s point person in explaining U.S. reaction.

Four Americans, including the U.S. ambassador to Libya, were killed in the attack. 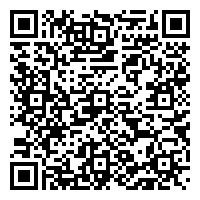