Wednesday’s terrorists attacks “almost at the same time in both ends of the world show that terror is a global epidemic,” Foreign Minister Avigdor Lieberman wrote on his Facebook page.

“Terrorism is not because of building in Jerusalem, Ottawa, New York, Madrid, London or Mombasa but is a result of radical Islam’s battle against the West,” he added.


Three-month-old Chaya Zisel Braun was killed and eight others were injured when an eastern Jerusalem Arab, with a history of crimes against security, rammed the Jerusalem light-rail train near French Hill.

In Ottawa, a recent convert to Islam shot and killed a Canadian soldier guarding the National War Memorial. The House of Commons sergeant-at-arms killed him before he could carry out a murder spree in the Canadian parliament.

The terrorist was identified as Michael Zehaf-Bibeau, 32, whom had been flagged by Canadians security as a “high-risk traveler.”

Canada in general and Harper in particular are considered Israel’s best friends, if not only friends, in the world. 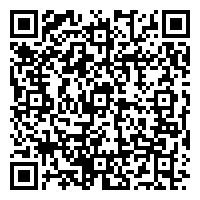