On Sunday, Feb. 1, the Likud party publicly charged that the U.S.-funded and organized political campaign effort known as V15 has inappropriate ties to the Labour-Livni and Meretz parties, as well as provided illicit funding under Israeli law.


The charges were made at a press conference held in Tel Aviv. David Shimron, an Israeli lawyer close to Prime Minister Netanyahu, discussed the petition Likud has filed with the Israeli Elections Committee, in which he is a petitioner.

Israeli law sets limits on donations which can only be made by Israelis, Shimron said.

The lawyer and the Likud members present spoke about V15’s funding from OneVoice, which in turn has received grants from British political parties, the European Commission and the U.S. State Department.

OneVoice’s primary donors are U.S. citizens. This may also be a violation of U.S. law, and certainly violates U.S. Internal Revenue Service guidelines: OneVoice is a 501(c)(3) tax-exempt organization.

It was also revealed during the press conference that Zionist Union candidates Yoel Hasson and Danny Atar and former Labor MKs Ephraim Sneh, Colette Avital, and Rabbi Michael Melchior were on OneVoice’s advisory board, the Jerusalem Post reported.

“We urgently request the underlying data in order to understand the financial scope” of inappropriate activity, Shimron said.

“This is an attempt by leftist associations to steal power through foreign funds,” claimed Likud member Tzipi Hotoveli, who claimed that the links between V15 and the “Zionist Camp” party was a criminal matter.

“They are making use of radical left-wing organizations, like OneVoice and Molad, which receive millions of dollars from Europe, the U.S. and the New Israel Fund. We call on the chairman of the Central Elections Committee to issue an injunction immediately to prevent the continued activity of V15 and Project 61 and ensure the purity of this election,” a statement issued by Likud said.

Supporters and members of V15 demonstrated outside of the building where the Likud held its press conference, claiming they have nothing to hide. They told Channel 2 News: “We are a movement founded by Israelis, and Americans.” They said they love Israel and “want to change the government.” They also claimed that their “funding sources are visible, exposed and appear on our site and given to reporters.”

However, the Israeli news site Globes responded to the transparency claim by noting that it had asked V15 for the names of its donors two weeks ago and the organization refused to provide them.

In response to the charges, the “Zionist Camp” members rattled off a list of Netanyahu related “scandals,” such as his association with Sheldon Adelson, Israel HaYom and the recycled bottles refund charge. 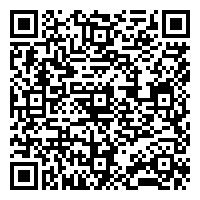