Two Knesset members from separate ends of the political spectrum plan to submit a bill allowing Jews to pray on the Temple Mount in the Old City of Jerusalem.

Likud MK Miri Regev and Labor MK Hilik Bar say they will unite to advance the measure, but were mum on when. “There is no reason that Jews should not be allowed to pray in the holiest site in the world,” Regev said, according a report this weekend by Ynet.


The bill is intended to promote co-existence, added Bar. “I insisted the authority of the Muslim Waqf not be harmed, but Muslims must understand that we also have a right to pray there. I see in these holy sites the cradle of our existence. If someone on the left has complaints against Jewish prayer on the Temple Mount, they will have a hard time claiming that other ethnic groups suffer discrimination,” he added.

Jews are not allowed to even move their lips when touring the site, considered the holiest place on earth in Judaism.

Many times Muslims in the area simply accuse Jews of “praying” and police immediately force the “suspect” into custody and off the grounds, fearing violent reactions by Arabs if they don’t.  By contrast, Muslim children run freely throughout the plaza area, even playing soccer around the site.

The fiercest verbal provocations by Arabs are generally met by stony silence by Israeli police when accompanying Jewish tour groups, and usually also by hurrying their charges away. Sometimes closure of the site to anyone other than Muslims follows as well — even if the site has just opened and it is the eve of a Jewish holiday.

The Al Aqsa mosque located on the Mount has become a hotspot for fiery sermons each Friday that whip worshipers into a frenzy of hatred against the State of Israel. The site has also been at the center of negotiations between Israel and the Palestinian Authority. The PA has insisted the Old City — including all Jewish holy sites — must be handed over to be part of a capital for its hoped-for independent state.

Arab rioters carefully store piles of rocks, bottles and other handy missiles in the mosque that they can hurl at Jews – or police — when “protesting” after prayers have ended. Such incidents occur often prior to Jewish holidays, and became the opening salvo to the second intifada in the year 2000. In response, police simply close the Mount to Muslim men under age 50 and limit entry to those bearing Israeli identity cards. Any Muslim woman can enter.

“I firmly believe that each event of Muslim unrest on the Mount should lead to its closure to Arabs,” Regev said. “The prime minister is not the only one to decide on the issue, and if the proposal does not pass I will turn to the High Court of Justice in a public petition until Jews are allowed to pray with tallit (prayer shawl) and tefillin on the Temple Mount,” she said.

According to the language of the bill as it is currently written, “no demonstration of protest or incitement that disturbs the peace will be tolerated.” Violators will be fined,” Ynet reported. 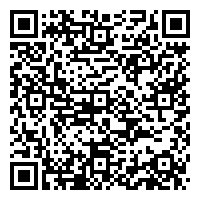