The Likud supreme court on Sunday ordered the Likud Central Committee, Political Bureau, Directorate, Secretariat and Knesset faction to conduct reviews of the failures of Defense Minister Moshe Ya’alon (Likud) regarding the eviction of Jewish residents from Beit Rachel and Leah in Hebron, Srugim reported . The Jewish residents moved into the building, which had been lawfully purchased from its Arab owner, on Thursday, January 21, and were forcibly removed by Police and Border Guard officers on Friday, January 22.

The discussions in each Likud institution will include a vote on a call to Prime Minister Netanyahu to remove Ya’alon from his post as Defense Minister, as well as a call on Likud elected officials to act at once to annul the eviction action against the Jewish residents of Beit Rachel and Leah.


The Likud supreme court ruled on a petition by six members of Likud Eretz Israel Loyalists against Ya’alon, in which they demanded the suspension of Ya’alon’s Likud membership over his order to evict the Jewish residents in Hebron. The petition, submitted by attorney Aviad Visoly, is based on an item in the Likud constitution according to which a member who aids a competing party would be subject to a two-year suspension from the Likud party. The petitioners argued that the Ya’alon order to evict the Jews from their homes aided the leftwing parties which are eager to eliminate the Jewish presence in Hebron.

The party court’s ruling stated that “there is justification for a piercing debate with Minister Ya’alon over his decision to evict the Jews from their homes in Hebron, a decision that may be criticized and action may be taken to change it, or, in the least, prevent a repetition of this behavior in the future.” But the court ruled that the debate does not belong in the court but in the various party institutions.

The court has ordered the heads of each of the party institutions to set a date for the debates in no later than seven days. 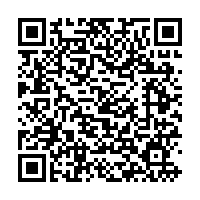