(JNi.media) The Jewish Community of Lithuania has dismissed its spiritual leader, Rabbi Chaim Burstein, after the community’s chairwoman had accused him of spreading lies about the Šnipiškių cemetery in Vilnius, the Baltic News Service reported Monday.


Apparently, Rabbi Burstein said that a planned reconstruction of a sports palace nearby was an “unacceptable desecration” of the Jewish cemetery. Writing on his Facebook page a week ago, the Russian-born Israeli Burstein argued that the great Jews buried in Šnipiškių cemetery would have been shocked to discover that the “fate of their bones… would one day depend on the cognitive processes of the head of a Vilna Jewish community whose heart would be filled with the desire to serve the authorities and find honor in their eyes.”

Last Thursday, Burstein wrote on Facebook that he had been told he would not be allowed to re-enter Lithuania.

“The only reason for this attempt to deport me that I can discern is the rabbinic opposition, and that of many of the Jews in the country, to the destruction of the old Jewish cemetery in Vilnius for the construction of a congress and convention center complex,” Burstein wrote.

Rabbi Burstein also accused Kukliansky of imposing an authoritarian rule. And so, Kukliansky responded in a statement, “The Religious Council of the Vilnius Jewish Community decided that the contract with Chaim Burstein will not be extended, and Shmuel Yatom will be appointed as acting rabbi until a new rabbi takes office.”

According to Kukliansky, “no one has deported Rabbi Chaim Burstein from Lithuania. He lives in Israel, not Lithuania. After purchasing a ticket Chaim Burstein left Lithuania for Israel for his own reasons. We have no information that his departure was connected in any way with the Congress Center project which the Government plans to implement to both refurbish and commemorate the territory of the Jewish cemetery in Šnipiškių.”

“The focus of concern at the old Vilnius cemetery is the sports center in its midst,” notes Sol Rieger, writing for JPUpdates. “At present, after a number of developments, the cemetery is the property of the government of Lithuania. Certain proposals to expand the sports center, even minor redevelopment work, would be in violation of the boundaries specified in the formal agreement between the Government of Lithuania and relevant Jewish organizations.”

At the heart of that concern is the gravesite of Rabbi Eliahu ben Shlomo Zalman, aka the Vilna Gaon, one of the most influential Jewish leader in modern history, whose greatest contribution to Jewish scholarship was his corrective notes on the Talmud and other texts, which have accumulated errors due to scribal mistakes over the centuries.

“The intention of transferring the cemetery property to the government was to ensure its protection,” Rieger concludes.

The case has been followed closely by an opposition website called “Defending History,” run by “Holocaust survivor and scholar” Dr. Yitzhak Arad, with the mission of being a bulwark against “the New Far Right’s East European campaign to downgrade and obfuscate the Holocaust into one of two supposedly equal Holocausts (one Jewish, one not – JNi.media).”

In an August 7 article, Arad suggested angrily that Admas Kodesh (Heb: Holy Soil), a committee for the preservation of Jewish cemeteries in Europe, and the CPJCE (the London based Committee for the Protection of Jewish Cemeteries in Europe), which last April gave their blessings to erecting a $25,000,000 convention center in the heart of the ancient Piramónt (Šnipiškes) Jewish cemetery, were nothing more than “a hasidic group with zero connections to Lithuania,” which “turned up in Vilnius, allegedly negotiating payments for allowing and digging and building on a cemetery (formally for ‘supervision’ of such projects), without so much as informing any of Vilnius’s three rabbis that the meetings were taking place.” 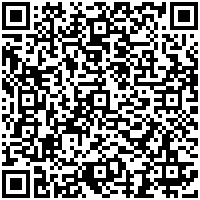