Lithuanian citizens who lost relatives during the Soviet Union’s crackdown on their country’s attempt to reach independence, on Thursday sued former General Secretary of the Communist Party of the Soviet Union Mikhail Gorbachev on war crimes – 31 years exactly after the January 11–13, 1991 attack that killed 14 civilians and wounded at least 700.

Mikhail Sergeyevich Gorbachev, who will turn 91 in March, served as his country’s head of state from 1988 until 1991 and is credited with ending the cold war and the totalitarian regime of the Soviet Union, for which he received a wide range of awards, including the Nobel Peace Prize. However, when in 1990, Lithuania’s Supreme Council declared independence from the Soviet Union, in mid-January 1991, Gorbachev sent the Soviet military to the Lithuanian capital, Vilnius, demanding a restoration of the constitution of the USSR in Lithuania and the revocation of “all anti-constitutional laws.”


Clashes erupted between demonstrators and the Soviet forces, the biggest one of which took place near the television tower in Vilnius on January 13, 1991, resulting in 14 people dead and more than 700 injured.

January 13 is the Day of the Defenders of Freedom in Lithuania and it is officially observed as a commemorative day.

In March 2019, a court in Vilnius sentenced 67 Russian citizens in absentia to long prison sentences. So far, the Putin administration has refused Lithuania’s request to question Gorbachev regarding his role in the events of January 13, 1991. 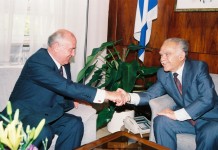 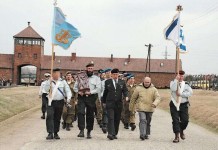 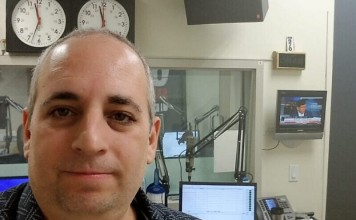