Not your A-list by any stretch, and yet Ahmad Suboh, director of the Yasser Arafat Foundation, nevertheless insisted that the attendance by Abul Ghait “is a message that the Palestinian cause is still the first cause of the Arabs and is highly appreciated.”


Construction on the two-story museum began in 2010. It covers an area of 26 acres and cost close to $7 million to build. The museum features photos, looped video, explanatory texts, documents and Arafat’s personal effects, including the Nobel Peace Prize he won following the signing of the Oslo Accords between the Palestine Liberation Organization and Israel in 1993.

The museum depicts Arafat’s role in the rise of “Palestinian” nationalism as a reaction to the arrival of Zionism. However, as Isabel Kershner notes in the NY Times, “the story ends abruptly with his demise, without any conclusion, reflecting his ultimate failure in achieving his goal of Palestinian independence, whether through diplomacy or the gun.”

Nasser al-Kidwa, Mr. Arafat’s nephew and the chairman of the Yasir Arafat Foundation, told the Times “the idea is to have a cultural, educational as well as commemorative institution. We have tried to do it in as accurate a way as possible, without exaggeration or understatement.”

The museum repeated the lie that Arafat was born in Jerusalem, when he was actually born in Cairo, Egypt. Kershner doesn’t correct that error in her report.

And, speaking of understatement, Kershner reports that “Abbas seems to be featured only when unavoidable, like in a picture of the signing of the 1993 Oslo agreement on the White House lawn.” Or, as Kidwa put it, “When he was there, he was there.” 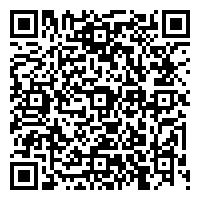