Burglars stole Judaica artifacts worth approximately $30,000 from a Jewish family in northern London while they were sleeping, The Jewish Chronicle reported.

The thieves took menorahs, a Seder plate and silver cups, among other items, from the Palmer family home in Edgeware. Howard Palmer said the items were “totally irreplaceable.” Two of his five children were at home during the robbery.

An iPod and computer also were stolen.

Hackney police said the robbers gained entry through a patio door, which had been locked but was taken off its runner.

Palmer said the burglary has caused great distress for himself, his wife and the two children at home.

“We are finding it difficult to sleep,” he said. “It has got to the point where it’s hard to leave the house.” 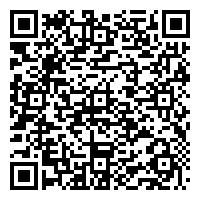