U.S. Secretary of State John Kerry’s $4 billion economic program to save the “peace process” got as far as the headlines for at least 12 hours until Palestinian Authority PA Chairman Mahmoud Abbas economic adviser in effect wrote a “Dear John” letter Monday, virtually telling him to go back home.

“The Palestinian leadership will not offer political concessions in exchange for economic benefits,” read a statement from Mohammad Mustafa, president of the Palestine Investment Fund and economic adviser to president Mahmoud Abbas. “We will not accept that the economy is the primary and sole component.”


Abbas is nothing if not consistent. No matter  what concession Israel offers, usually after pressure from the U.S. government, Abbas says, “Israel must return to the 1967 borders, accept a Palestinian state headquartered in Jerusalem and accept the immigration of several million foreign Arabs – so we can eliminate Jewish majority in what is left of Israel. Then, we will negotiate.”

The Clinton, Bush and Obama administrations don’t get it, but their insistence to play into Abbas’ hands eventually is in Israel’s favor because Abbas is aborting any hopes for a Palestinian state.

Kerry landed in Israel this week with the over-confidence of a show-off and braggart.

Reflecting incredible ignorance – sorry, naïveté –  of Middle East reality, he unveiled a grandiose “groundbreaking plan” at the World Economic Forum on  Sunday that in his own words “is bigger, bolder and more ambitious than anything proposed since Oslo more than 20 years ago now” will be “enormously powerful and different from anything we’ve ever seen before.”

That really is impressive.  And not very modest.

No one could have more proud of John Kerry than John Kerry, but he did not come up with this brainchild alone. He was helped by the Quartet’s Middle East envoy Tony Blair, whose record in the Middle East is about as successful as that of the U.S.  State Dept.

Also at the Forum was President Shimon Peres, who lives in the same world as Blair and Kerry.

“President Abbas, you are our partner — and we are yours,” Peres said for the 2000th time.

The “partner” on Monday returned to his same mantra. Money or no money, the economy is only a “part of a political framework that will ensure the creation of a Palestinian state based on the 1967 borders with east Jerusalem its capital and the rights of refugees and a reference to a political solution,” said Mustafa in a statement that made Kerry look like a dumbbell for even opening his mouth.

But that would mean someone else getting the credit for economic growth, a direct threat to Abbas’ political power. 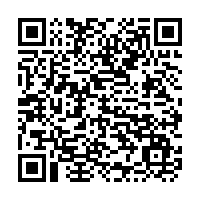