French filmmaker Claude Lanzmann on Thursday published an op-ed in the Frankfurter Allgemeine Zeitung and Le Figaro claiming that when he was staying at the Luxurious Hotel Bristol near Kurfürstendamm in western Berlin Tuesday, he discovered that management had removed the Israeli dialing code from its directory, to avoid offending its Arab customers.

But the Süddeutsche Zeitung published the hotel’s statement, saying the dialing code directory only includes the names of 35 countries. “There is no instruction on the part of the hotel management or from the [hotel owners, the] Kempinski Group to take the Israeli dialing code out of the telephone directory.”

Lanzmann wrote that he was leafing through the hotel’s service brochure, looking for country phone codes and noticed that the Israeli code was absent.

In his op-ed, the Jewish filmmaker wrote that he inquired with hotel staff, who replied that Arab clients had specifically urged the hotel not to include the Israeli dialing code in its list. Lanzmann explained he was writing to help himself understand what had taken place and to inform others about his experience.

“One cannot fight against Arab terrorism and at the same time allow Israel to be eradicated at one of the noblest and most important hotels in Berlin,” Lanzmann wrote.

He insisted this seemingly petty issue was particularly significant because it happened in the same hotel where he stayed for the first time in 1986 to present his film “Shoah” to the Berlin Film Festival.

Bristol director Birgitt Ullerich, told the Associated Press that omitting Israel from the list “was simply an oversight.” 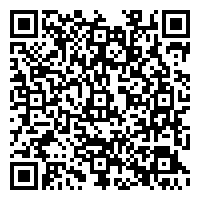