מהפך “Mahapach” – translated as upheaval or revolution, was the headline used by the Israeli media immediately following the 1977 elections when the Likud, led by Menachem Begin, won for the first time, changing the face of Israeli politics forever.

The overwhelming electoral victory yesterday by the Likud, led by Benjamin Netanyahu, was nothing less than that, a revolution and upheaval, and most importantly, an absolutely clear mandate from the people to lead the coalition and the State of Israel.

With 99% of the votes counted, we’ll only see 1 seat change here or there as the percentages and deals are calculated.

The Likud is either at 29 or 30 seats, with an absolutely clear lead.

Both large parties, Likud and Zionist Union, won their seats by cannibalizing their smaller natural partners.

Bayit Yehudi made the biggest sacrifice for the Likud, with Bayit Yehudi voters heeding Netanyahu’s call to vote for Likud to guarantee Netanyahu a clear mandate..

Eli Yishai’s Yachad party did not make it into the Knesset.

Zahava Galon, the head of the Meretz party quit her party this morning, after winning only 4 seats. 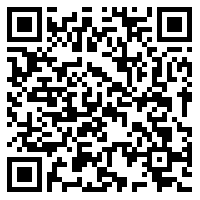