Police,  the Israel Security Agency (Shin Bet), and the IDF carried out the joint operation that netted the arrests in Jenin of two terrorists who were plotting attacks.

The Hamas terrorists was identified as Kis Sa’adi, 24, who is wanted for firing at security forces, manufacturing and planting explosive devices. He also has been involved in weapon trafficking.

Jenin once was known as the “center of terror” in the Palestinian Authority, but foreign and Israeli media as recently as three years ago described it is a model city that had rid itself of violence.

In a village near Kalkilya, located between central Samaria and the metropolitan Tel Aviv city of Kfar Saba, Israeli soldiers and police confiscated an M-16, a handgun, hunting rifles, knives and ammunition.

The Palestinian Authority is committed by previous agreements  to root out terror in urban centers.

Overnight, police and soldiers rounded up 44 terror suspects in Judea and Samaria. 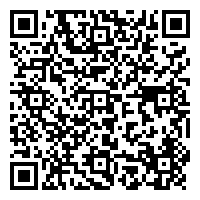