“The Princess Bride,” “Sunday in the Park with George” and “Homeland” star Mandy Patinkin, 63, was half an hour into his Lincoln Center benefit concert for the National Yiddish Theatre Folksbiene Monday night, when a couple arrived to take their seats in the front row, the NY Post reported. To say that Patinkin did not take this with good humor would be like saying the Hindenburg became uncomfortably warm.

“Why are you late?” he barked at the two tardy ones. “You were sending an email? To who?”


The husband, bewildered, said he had been working with a client, which was Patinkin’s cue to go to work on the poor fellow. “This hurts me in my soul,” he said, quickly adding, “You know what would make me feel better? If you donated $25,000 right now.”

Last week, Patinkin told the Wall Street Journal, “I would absolutely say that singing Yiddish music is more powerful than anything else I sing and I can’t explain it because I didn’t grow up hearing it. It’s an unexplained mystery that I’m just thrilled and gratified for.”

Patinkin insisted that he had heard no Yiddish at home, so that loving Yiddish music for him is not nostalgic but a discovery. “I always make a joke that I was raised a Conservative Jew on Chicago’s South Side. If you’re a Conservative Jew in Chicago that makes you a Reform Jew in New York and an Orthodox Jew in California,” he told the WSJ.

Joseph Papp, founder of the Public Theater, introduced Patinkin to Yiddish songs. “He said, ‘You need to learn this music, it’s your job,’” Patinkin recalled. “I sing songs and he felt I needed to carry on this tradition.”

Despite his rage, the late couple did not reach for their checkbook, so, according to the Post, Patinkin ended up bargaining them down to a lighter sum (we dare not use the J word here). When someone in the cheap seats yelled at him to “let it go,” Patinkin responded, “I’m not letting it go! The Yiddish culture means too much to me. Every character I’ve ever played, I’ve played Jewish: Inigo Montoya? Jewish. Che Guevara? Jewish.”

He is not, of course.

Then another audience member pledged $5,000, and Patinkin said he would match it, and the show continued.

The National Yiddish Theatre Folksbiene (NYTF — the last word in the title means “People’s Stage”), America’s preeminent Yiddish theatre, is the longest continuously-producing Yiddish theatre company in the world and the oldest consecutively-producing performing arts institution in the US.

Founded in 1915, NYTF continues its mission to preserve, promote and develop Yiddish theatre for current and future generations and to enhance the understanding of Yiddish culture as a vital component of Jewish Life. In fact, it is the sole survivor of fifteen Yiddish companies that played to enthusiastic audiences on the Lower East Side in the Golden Age of Yiddish Theatre in the early 20th century. Founded under the aegis of the Workmen’s Circle, the NYTF became an independent nonprofit in 1998. 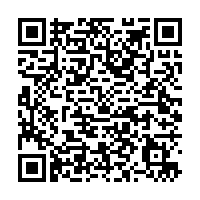