Featuring 340 works of art and a large selection of documentary works, including films, photographs and musical excerpts, “Chagall: Color and Music” is the biggest Canadian exhibition ever devoted to Marc Chagall (1887-1985).

Organized by the Montreal Museum of Fine Arts in collaboration with the Los Angeles County Museum of Art and initiated by the Philharmonie de Paris – Musée de la musique, and La Piscine – Musée d’art et d’industrie André Diligent, Roubaix, with the support of the Chagall Estate, this large-scale multidisciplinary exhibition explores, for the first time, the importance of music for Marc Chagall.


The multidisciplinary exhibition is the first to focus on Chagall’s profound connection to music in his life and work. Through this original approach, the exhibition demonstrates how all of Chagall’s work, from his paintings, works on paper, costumes, sculptures, ceramics, stained glass and tapestries to his creations for the stage and his large-scale decorative and architectural projects, were imbued with musicality.

The layout of this major exhibition is both chronological and thematic, covering all the periods of the artist’s long and productive career – his years in Russia, his Parisian period, his exile in New York, his time in Mexico and his life in the South of France.

Many of the galleries feature a musical accompaniment, and the exhibition includes films, slide shows and an incredible projection of the famous ceiling of the Paris Opera, which Chagall completed in 1964. This close-up view allows us to appreciate the splendour of this monumental decor and view details that are normally not visible to the naked eye. The ceiling of the Paris Opera and the murals of the Metropolitan Opera in the Lincoln Center for the Performing Arts in New York (1966) embody the concept of total art that was so important to the artist.

Music was at the heart of Chagall’s art from the very beginning. Selected drawings and paintings give us a sense of the cultural and religious context of his childhood in Vitebsk in White Russia (today Belarus), the role of song in the synagogue and the influence of his family members, several of whom were musicians. Large paintings of the archetypal violinist demonstrate the importance of this figure in his work and the ubiquity of the violin itself, the instrument of the exodus, carried by the Jewish people as they fled or migrated. Music will also be heard in the first galleries in order to give visitors a deeper, transversal experience of Chagall’s work.

Three galleries are devoted to the ballets for which Chagall designed the sets and costumes: Aleko (1942, Mexico City), The Firebird (1945, New York) and Daphnis and Chloe (Brussels-Paris, 1958-1959). The costumes for these ballets reveal specific sources of inspiration, from the culture and colors of Mexico and the imaginative fairy tales of Russia to the sunlight and aesthetic glory of Ancient Greece.

The exhibition also focuses on the opera The Magic Flute (New York, 1966-1967), for which Chagall designed over a hundred costumes, masks and sets. As a tribute to the fiftieth anniversary of the artist’s creations at the Metropolitan Opera, these magical costumes, composed of collages of fabric, are displayed beside the preparatory sketches for the opera and for the two panels for the Lincoln Center, for which Chagall also designed the murals.

The Montreal Museum of Fine Arts 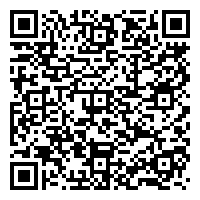