When the Jewish Community Center of Staten Island opened its beautiful bronze doors on Victory Boulevard in 1929, its mission was to provide a home for the Jewish community for social, recreational and educational activities where people of all races and religions would feel welcome.

The JCC founders certainly did not anticipate that, 90 some years in the future, an irate individual who was terribly unhappy with the score of a youth basketball game would be sending a torrent of vicious, anti-Semitic text messages to a 53-year-old woman who takes care of the athletic program at the JCC of Staten Island.


“I am about to put the JCC back in the concentration camp,” said one message, and another spoke of “Hitler Nation,” police sources told The NY Daily News.

OK, it’s true that those 1929 JCC founders would have been equally baffled by both notions — vile text messages and concentration camps. Still, considering their high aspirations at the time, neither concept would have gladdened their hearts.

Police said the texts were reported last Friday night, and a hate crime investigation has been launched. According to the News, Police already believe they know who sent those messages, but for now the investigation is still ongoing.

JCC spokeswoman Ruth Lasser told the News the texts had been sent in reaction to a teen basketball league game at the JCC Avis/South Shore center on Arthur Kill Rd. in Arden Heights, SI, but she is not certain which specific game result got this person’s goat.

“I do know that there was a dispute of some sort that came as a result of it,” she said. “The texts that followed were about some sort of unhappiness about that game.”

“The JCC has a long history, sports and activities that teach you not only the programs, not only the sport, but also sportsmanship,” Lasser said. “We work very hard to make sure we instill the right values, so it is disturbing.” 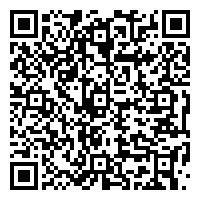