Rabbi Shlomo Riskin, long-running Chief Rabbi of Efrat, has announced he will retire next year from his post as founding Chancellor of Ohr Torah Stone.

The network of educational institutions includes modern Orthodox junior and senior high schools as well as graduate programs as well as a five-year program that trains women to be Jewish legal authorities, the first school ever to train women to become advocates in Israeli batei din (rabbinical courts) and a women’s Jewish studies college that includes studies in Talmud.

Riskin, 77, transformed the Lincoln Square Synagogue in New York City to become one of the most popular centers of modern Orthodoxy on America’s eastern Seaboard. He received ordination more than 50 years ago.

When he moved to Israel in 1983 with his congregants, Riskin helped found the Jewish community of Efrat on the southern outskirts of Jerusalem, today a blossoming suburb of 8,000 that continues to sprout new neighborhoods.

Riskin will be succeeded at Ohr Torah Stone by Rabbi Kenneth Brander, currently serving as vice president for university and community life at Yeshiva University, according to a statement released Tuesday. Prior to his position at YU, Brander served as the rabbi of Boca Raton Synagogue in Florida. Like Riskin, he has been at the forefront of advocacy for Orthodox women’s study of Torah. He founded ‘Neal’s Fund’ to provide micro grants to students engaging in community service. 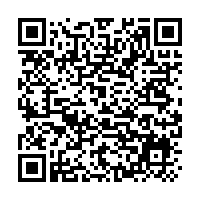