Eight decades after Kristallnacht, or the “Night of the Broken Glass,” German Chancellor Angela Merkel warned about modern-day racism.

“Today, we are living once again in a time of far-reaching change,” she said at a Berlin synagogue. “In such times, there is always a particularly great danger of those who react with supposedly simple answers gaining support.”


“We are commemorating today with the promise that we will set ourselves strongly against attacks on our open and plural society,” she said. “We are commemorating in the knowledge that watching as lines are crossed and crimes are committed ultimately means going along with them.”

Merkel, dressed in black, noted that “Jewish life is blossoming again in Germany — an unexpected gift to us after the Shoah. But we are also witnessing a worrying anti-Semitism that threatens Jewish life in our country.”

On Nov. 9, 1938, Jews were terrorized in Germany and Austria as hundreds of synagogues and thousands of Jewish businesses were burned down. At least 91 people were murdered — some dragged by their beards into the street — and approximately 30,000 Jewish men were rounded up and deported to concentration camps.

On Thursday, the Yad Vashem Holocaust memorial and museum in Jerusalem held a memorial service and seminar to commemorate Kristallnacht. In attendance was Germany’s Ambassador to Israel Susanne Wasum-Rainer. 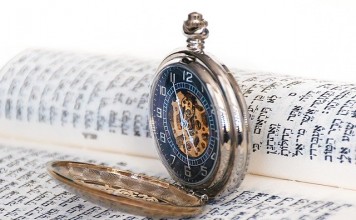