Balad party Knesset member Basel Ghattas has been suspended from all parliamentary activity for the next six months. The Knesset Ethics Committee voted 3 to 1 on Monday in favor of the suspension.

However, he will now be allowed to participate in voting on the floor of the Knesset plenum and will continue to receive his government salary since the committee is not authorized to strip him of either benefit.


Last month the Israeli Arab lawmaker was barred from voting in the Israeli parliament, after having been released from jail to house arrest while he remains under investigation by the Lahav 433 Serious Crimes Unit of Israel Police.

Ghattas is accused of using his diplomatic immunity to smuggle coded messages, SIM cards and cell phones to Arab terrorist prisoners during visits in the Ketzion Prison.

The lawmaker is a member of the Joint Arab List faction. He accused Israel Police of “fabricating the file” of evidence against him.

However, the evidence produced by police includes security footage of the MK handing an envelope to a prisoner that was later seized by prison guards. When the envelope was opened, it was filled with cell phones and SIM cards. 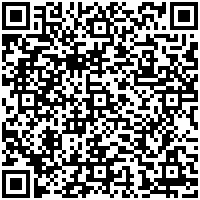