Israeli Arab Balad Party Knesset Member Basel Ghattas has been banned from voting in the Israeli parliament, according to a report posted by Ynet on Sunday evening.


Knesset Speaker Yuli Edelstein on Sunday ordered the parliament’s chief of security, Yosef Griff, to allow Israel Police to enter the lawmaker’s office in order to carry out a search of the premises.

Griff and Knesset Legal Adviser Eyal Yinon served as witnesses to the search in order to ensure that only relevant items were examined and/or confiscated by police. Anything in dispute was placed in a sealed envelope and left to the Court to decide.

Bishara fled Israel before he could be charged for passing information to the Hezbollah terrorist organization, identifying targets within Israel for the terrorist group during the Second Lebanon War, among other actions. He officially resigned from his post at the Israeli embassy in Cairo. 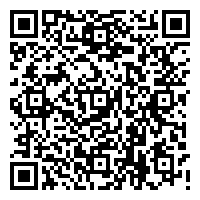