The news goes from terrible to …….. horrible. First Iran, now this. Is there any murderous jihadi that Obama won’t sanction? Hezbollah is a designated terrorist organization responsible for the deaths of hundreds of Americans.

Obama is friend to the global jihad, enemy of American interests, an enemy in the White House, no less. Devastating.

In April 1983, Hezbollah (party of Allah) allegedly blew up a van filled with explosives in front of the U.S. embassy in Beirut, killing 58 Americans and Lebanese. In October 1983, Iranian proxy Hezbollah bombed our Marine barracks in Beirut, taking the lives of 241 Americans and 58 French. Funded by Iran and Syria, Hezbollah has been at war with the US since its creation in 1982.

In 1984, William Francis Buckley, Beirut CIA Station Chief/Political Officer, was kidnapped from his apartment by Hezbollah:

Major General Carl Stiner stated that “Buckley’s kidnapping had become a major CIA concern. Not long after his capture, his agents either vanished or were killed. It was clear that his captors had tortured him into revealing the network of agents he had established.” According to the US, Buckley had undergone 15 months of torture by Hezbollah before his death. In a video taken approximately seven months after the kidnapping, his appearance was described as follows:

Buckley was close to a gibbering wretch. His words were often incoherent; he slobbered and drooled and, most unnerving of all, he would suddenly scream in terror, his eyes rolling helplessly and his body shaking. … The CIA consensus was that he would be blindfolded and chained at the ankles and wrists and kept in a cell little bigger than a coffin.

Obama is working with these savages.

“Sources: U.S. has been conducting secret dialogue with Hezbollah” Special to WorldTribune.com via Geostrategy-Direct.com

NICOSIA — Lebanon has reported a secret dialogue between the Iranian-sponsored Hezbollah and the United States.

Members of the pro-Western March 14 coalition said the U.S. dialogue with Hezbollah was part of the rapprochement by President Barack Obama with Iran. /AP/Jacquelyn Martin

Lebanese parliamentary sources said U.S. diplomats have begun contact with Hezbollah politicians in Beirut. They said the dialogue concerned stability in Lebanon as well as the next government.

“The United States is sending and receiving messages to Hezbollah through sympathetic third parties,” a source said. “The dialogue has intensified over the last few weeks.”

The dialogue was reported by members of the pro-Western March 14 coalition, driven out of power in 2011. The members, who did not want to be identified, said the U.S. dialogue with Hezbollah was part of the rapprochement by President Barack Obama with Iran.

Nasrallah Threatening from Safety of Beirut Bunker: US Will ‘Pay the Price’ for Killing Soleimani 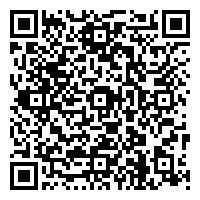