Israeli soldiers detained more than a dozen suspected terrorists overnight Monday into Tuesday in raids across Judea and Samaria. A total of 17 suspects were arrested.

Seven of the detainees were members of the Hamas terrorist organization, according to IDF officials.

Two were taken into custody in the village of Fara’a, located northeast of Shechem (Nablus.) Two others were detained in a raid carried out southwest of Jenin, in Jaba’a.

Another member of the Gaza-based terror group was arrested in Beit Fajar, southwest of Bethlehem and quite close to the Gush Etzion junction. Three other suspects – including two alleged Hamas members – were arrested in nearby Hebron.

Ten of the suspects were taken into custody in connection with participating in riots and attacks on civilians and security personnel, the IDF said.

During the evening on Monday, Arab attackers hurled rocks at a private car and at an Egged bus on the No. 160 line traveling along Highway 60 near the Arab village of El Aroub in Judea. No one was physically injured but both vehicles were damaged in the attacks. 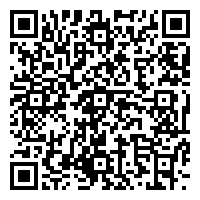