Israel’s new government has approved a five-year plan to upgrade and further develop the area around the Western Wall.

The project is already raising tensions because the Palestinian Authority is demanding Israel hand over the Old City plus much of the rest of Israel’s capital, as well as all of Judea, Samaria and Gaza to create a new Arab country to be called “Palestine.”


The Western Wall is part of the Temple Mount compound, Judaism’s holiest site, the sole remnant of the ancient Holy Temple of Jerusalem.

The Temple Mount area is also sacred to Muslims, and is considered the third holiest site in Islam.

To both, the site represents the heartbeat of the religious universe.

Israel plans to develop the area with upgraded infrastructure, improved archaeological activity and, further development of the Western Wall site, and underground tunnels that run along the length of the Wall. 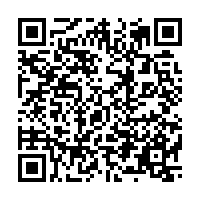