Moroccan Burqa manufacturers and retailers were issued written warnings this week of their obligation to cease making and/or selling the garment,” Morocco World News reported, adding that those businesses were “further instructed to get rid of their burqa stock or convert it within 48 hours, or risk confiscation of all goods.”

Clearly, by ordering the burqas to be “converted” the government means them to be turned less modest, rather than dumping them on the followers of another religion.


Moroccan news outlet Le360 speculated that the ban reflects security concerns, “since bandits have repeatedly used this garment to perpetrate their crimes.”

Representatives of the Moroccan Interior Ministry visited markets to hand-deliver the written notices to vendors and tailors. Le360 published a copy of the notice, which warns: “Based on observations by the authorities, we notice that you sell burqas – and so we call on you to get rid of the products of this outfit within 48 hours and refrain from selling it in the future.”

“We have taken measures to completely ban the import, manufacture and marketing of this garment in all cities and towns in the kingdom,” a senior official at the Ministry of Interior told Le360.

According to the Independent, the ban is understood to apply only to burqas that cover a woman’s full-face, while most Moroccan women wear only headscarves without the niqab (veil). 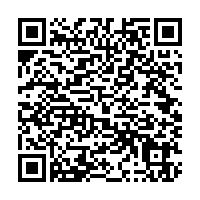