Proposed legislation was introduced into New York City Council to require that the city’s public schools provide Islamic-compliant food – halal – as an option in the cafeterias. The New York chapter of the Council on American-Islamic Relations (CAIR) joined forces with council member Rafael L. Espinal, Jr. (Brooklyn) to support Resolution 54 at a press conference on the steps of New York City Hall on Wednesday, March 26.


The Resolution goes into explicit detail about what Islamic-observant students are permitted to eat and what they must avoid eating, as well as stating who made those determinations. To wit:

Whereas, The practice of Islam is determined by the Islamic teachings as guided by the holy book Quran and the Hadith, and sayings of the Prophet Mohammad, which includes observing dietary laws; and Whereas, Islamic dietary laws delineate foods that are halal, meaning lawful or permitted, and those that are haram, meaning not permitted; and Whereas, Haram foods include pork and its by-products, meat and poultry not slaughtered according to the Islamic dietary law, alcohol and foods prepared with and containing alcohol, foods containing blood and blood by-products, and foods containing whey prepared with non-microbial enzyme, rennet, animal shortening, monoglycerides and diglycerides from an animal source, sodium stearoyl lactylate, and L-cysteine.

The proposed Resolution concedes that there is no accurate way to determine how many New York City schoolchildren are Muslim, and of those who are Muslim, how many observe strict halal guidelines. The best estimate they have is that approximately 12 percent of the school system’s children are Muslim.

Undeterred by the lack of hard information, the legislators pointed to the Detroit public school system where 35 percent of the students are estimated to be Muslim. In Detroit, the school district began a halal pilot program in 2001 which has expanded to 35 schools in the district.

In addition to pointing to Detroit as a school district where such a program was implemented, the legislators turned to another argument to bolster their demands.

This angle is the one best characterized as “you don’t want school kids going hungry do you?” You see, unless a halal option is offered, the unknown number of New York City’s schoolchildren who can only eat halal food will suffer eating either the vegetarian option that is already offered in the school system, or they will have to bring their own food from home. If the food is brought from home, it probably won’t still be hot by lunch time.

To shore up this argument, the director of operations for CAIR’s New York district, Sadyia Khalique, spoke at Wednesday’s press conference about the hardship she suffered growing up in the New York City school system without a halal food option.

“Growing up in New York City, I, along with many Muslim students, had to struggle during lunch with not having a proper halal meal for the day. The percentage of Muslim children in public schools is growing, and too many children are denied the nutritional benefits lunch would provide because of religious dietary restrictions. As a community, we have to make sure our children receive the best education in environments in which their religious beliefs and practices are respected. No child should leave a lunchroom or enter a classroom hungry.” 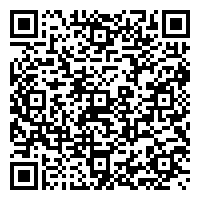