HR 3334, The Families Flying Together Act of 2015, would require the US Department of Transportation to direct airlines to notify passengers traveling with minors if seats are not available together at the initial booking stage, and for each airline to establish a policy to ensure, to the extent practicable, that families are seated together during flights.


“Air travel is complicated and expensive enough for families without adding new stresses,” Nadler said, adding, “Families should not be stuck paying hidden fees, or buying ‘premium’ seats, simply because they wish to be seated together on crowded flights. It is positively absurd to expect a two- or three-year-old to sit unattended, next to strangers, on an airplane. It is up to air carriers to make their seating policies clear and easily accessible to the public.”

The current bill to authorize the Federal Aviation Administration (FAA) expires at the end of September. Davis and Nadler are working with the House Transportation and Infrastructure Committee to get these provisions included in the upcoming reauthorization.

In 2012, Congressman Nadler introduced a bipartisan bill secure equal treatment of Palestinian and Jewish refugees, “strongly” encouraging the US administration, when speaking on the issue of Middle Eastern refugees at international forums, to pair any explicit reference to Palestinian refugees with similar reference to Jewish and other refugee populations.

US Threatens Ban on El Al Over Rescue-Flight Exclusivity 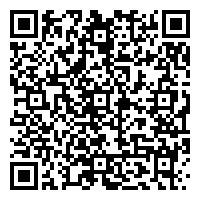