Here we go again with another neo-Nazi demonstration scheduled to be held on a Sabbath day in Britain – this time in Liverpool.

The anti-Semitic rally is set for Saturday August 15, when the neo-Nazis plan to hold a “White Man March” in the community. Previous similar demonstrations have led to anti-Semitic crimes.


The Merseyside Jewish Representative Council has called on Sir Jon Murphy QPM, Chief Constable of Merseyside Police to restrict the event under Sectio n14 of the Public Order Act of 1986.

The group has also posted a petition online that calls on the police chief to exercise his powers – since British authorities have clearly not seen fit to cancel such events altogether – and at least force the organizers to hold the demonstration “at a location away from major thoroughfares and residential areas; and for a short time with a small number of demonstrators.”

The group is also calling on police and the Liverpool City Council to apply for an injunction under Part 1 of the Anti-Social Behavior, Crime and Policing Act 2014 to ban the organizers and speakers for the planned march from “making or causing to be made or distributing any statement or image likely to cause harassment, alarm and distress; and holding any kind of public assembly within two hundred meters of a synagogue, Jewish cemetery or Jewish community or cultural center.”

Within its first 12 hours the petition, posted by “Change.org,” had garnered 250 supporters. 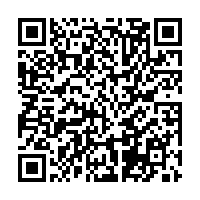