Prime Minister Binyamin Netanyahu bitterly attacked Yair Lapid and Tzipi Livni two hours after he fired them Tuesday night and accused them of trying to carry out a “putsch” in the coalition government by secretly trying to create a new coalition with Haredi parties.

At a press conference, he reiterated that he will ask the Knesset to dissolve itself and call for elections as soon as possible.

He appealed to voter to choose a “large” government, admitting that he simply did not have enough Knesset seats in the current session.

Using the term “putsch,” a reminder of Hitler, was a disgusting reminder that Netanyahu is no less and no more bitter than Lapid, who two hours earlier called Netanyahu “irresponsible and afraid.”

Israeli journalists’ questions at the press conference gave a clear sign that they are just as nasty and shallow and will try to attack and trap Netanyahu all the way to election day.

One reporter asked why Netanyahu didn’t also fire Naftali Bennett, chairman of the Jewish Home party, and Yisrael Beitenu chairman Avigdor Lieberman for their harsh statements against him during the war against Hamas last summer.

Prime Minister Netanyahu answered that he spoke with the two ministers, and their attacks ceased. That response was not good enough for another reporter, who asked the same question, as if Netanyahu had not answered it clearly.

Another reporter also accused Netanyahu of calling for elections only because his ego has been deflated and that he feels insulted personally by Lapid and Livni.

Livni, Bennett and Netanyahu clearly demonstrated that we are in for three months of gutter politics, but now it is clear that the establishment anti-Netanyahu media will be no better and will fight tooth and nail for its ultimate dream of “anyone but Bibi.”

The bottom line will come sometime around march or April when the voters decide, but the first pre-election poll, released by Channel 2 Tuesday night, shows what everyone knows but does not want to admit. If elections were held today, Netanyahu will return as Prime Minister with the more or less the same number of seats in the coalition.

The difference will be, according to the polls whose results indeed will change, that Lapid will be in the Opposition as well as Livni, if she makes it back into the Knesset.

The poll results show that if elections were held today, the Likud party, headed by Netanyahu, will have around 22 seats, and Naftali Bennett’s Jewish Home party will be breathing down his neck with 17 KMs.

If Yisrael Beitenu, headed by Avigdor Lieberman, and Moshe Kahlon’s new party join the next coalition, Netanyahu would have 76 MKs in the coalition.

Lapid’s party received a measly 9 seats in the poll.

Labor would not be able to form a government, even if Kahlon and Lieberman were to join.

The voters chose what they chose 21 months ago, and they got a government that was doomed from the start.

It often is said that voters get what they deserve. If so, time will tell if they have learned their lesson 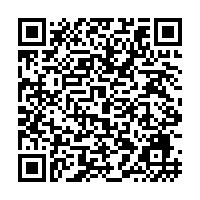