Prime Minister Binyamin Netanyahu led the move to free murderers of Jews to continue “peace talks” and then criticized the Palestinian Authority for celebrating the return of terrorists early Tuesday morning. He also said  after freeing the murderers, by itself a threat to further terror, that there will not be peace unless Israel defends itself from threats.

The logic is out of whack, but here it is, for what it is worth.


“The essence of the difference between us and our neighbors may be seen in one picture. While we are prepared to take very painful steps in an effort to try and reach an agreement that would put an end to the conflict, they, along with their highest leadership, are celebrating,” the Prime Minister told the Seventh Galilee Conference in Tiberias, which borders the Kinneret (Sea of Galilee).

“Murderers are not heroes,” he continued. “This is not how one educates for peace. Peace can exist only when the education toward incitement and the destruction of Israel stops. There will be peace only if our security interests and our communities are assured. Peace will be established only when we can defend ourselves by ourselves against any threat.”

The celebrations of the Palestinian Authority, in Ramallah and in Gaza, were no surprise and were a replay of festivities after the first batch of terrorists that Netanyahu freed in July and the second batch two months ago. 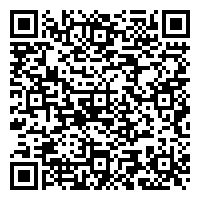