The criticism leveled by senior Likud officials against Habayit Hayehudi leader Naftali Bennett, accusing him of violating his promises to his own voters, have received this a quick response from Bennet’s people.

“Netanyahu is the one who cheated his constituents,” said a senior official in the party that won 12 seats in the elections, insisting it is inconceivable that Bennett would compromise his principles. “Anyone who thinks that Bennett will fold just doesn’t know him. He has nerves of steel. There is no chance he will blink first.”


Jewish Home MK Ayelet Shaked on Sunday attacked the conduct of the Likud party in the coalition negotiations, saying that “If Netanyahu wanted to – he could quickly form a government with us in it.”

According to Shaked, “the Likud statements, as if our understandings with Yair Lapid constitutes a deception of voters, shows contempt for the public’s intelligence.”

Shaked added that “despite the mudslinging campaign against us before the elections, we recommended Netanyahu to form the next government. The campaign is over, stop attacking the Jewish home and just form a government.”

Meanwhile, another senior Jewish Home official has told Arutz 7 that the Religious Zionist movement is not Netanyahu’s pet.

“Since the elections, Likud has been pushing us away and excluding us. Initially, there were those devastating attacks against our rabbis, then Netanyahu’s whole conduct was an attempt to humiliate us. He preferred to meet with Tzipi Livni, Yacimovich and Zahava Gal’on before getting to the Jewish Home.”

Bennett’s relationship with Yesh Atid Chairman Yair Lapid, another spot the Likud has been attacking, was described by Jewish Home officials as a strong alliance. “The person who should take pride in forging the relationship between us and Lapid is none other than Netanyahu. He has pushed us there. His actions will keep closer and his actions will push us away. The way they’ve been pulling the rope, they’re just bringing us even closer to Lapid.”

The same sources have estimated that “Netanyahu wanted a leftist government with Livni, Kadima and the Haredim. But the election results forced on him a different government. We have principles, and as long as they’re not met, we will not accept and not even discuss government portfolios. Their entire attitude is derogatory. Not only to Jewish Home, but to the entire National Religious public which has followed Netanyahu for years.” 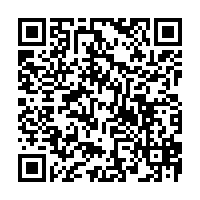