Prime Minister Netanyahu’s office issued the following statement regarding the dispute between the American Israel Public Affairs Committee (AIPAC) and the Obama Administration over US support for Israel’s anti-missile program:

“In the wake of numerous misleading reports, the Prime Minister’s bureau would like to clarify there has been no cut in American assistance. There is an internal debate between Congress and the White House on the size of the annual supplement to the missile defense program.


“Prime Minister Netanyahu is working to anchor this supplement as part of the discussions on the assistance agreement for the next ten years.

“Not only will security assistance for missile defense not be cut, it will be increased.

“The attempt to turn the dialogue with the US into a domestic Israeli political tool is improper; expressions of panic are not warranted,” the PM’s statement concluded. 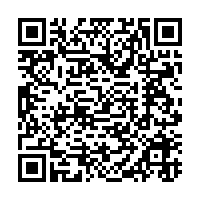