“Hillary Clinton will be a disaster for Israel,” former Arkansas Governor Mike Huckabee told Walla on the sidelines of the 2016 Herzliya Conference Wednesday. Huckabee, an early dropout in the GOP presidential race, suggested Clinton would continue President Obama’s policy regarding Israel. “And I don’t think anyone would say that Israel-US relations have been good under his leadership over the last eight years,” he commented.


Huckabee noted that the greatest common foe facing Israel, the US and the free world was “radical Islamic ideology that takes us back to the 7th century.” He then reiterated: “We have a common enemy and that enemy is radical Islam that wishes to destroy civilization itself and wishes to turn the clock back to centuries ago.”

Mentioning the past week’s two acts of terror, one killing four in Tel Aviv, followed by the mass shooting in Orlando, Fl. that killed 49, Huckabee said that the argument about whether the Orlando shooting was a terror attack or hate crime is “ridiculous. All terror is based on hate.” He said that he feared that sometimes people were afraid “to call out the common enemy of radical Islam in case we offend someone,” but went on to state that he was offended when “innocent people were murdered in the name of an ideology that wishes to destroy all semblance of peace.”

He referred to the “Ill-fated and tragic deal to trust the Iranians,” saying that “here can be no deal with those who believe its okay to murder people” because of their race, religion or ethnicity. “It’s impossible to enter into any agreement with the present leadership of Iran… I hope and pray that it will be rescinded.”

Focusing on the Israeli-Arab conflict and the talks about a two-state solution, Huckabee said that the idea is naïve and cannot be realized “unless both sides agree that the other side has a fundamental right to exist.” He said that until there were no longer schools in Judea, Samaria and Gaza celebrating the death of Jews, there could be no solution. He added that there was no magical formula for the issues but that the basic issue of radical Islam and one people wanting to destroy another and celebrating every time someone on the other side was killed had to be solved first. “This is not a conflict about land, or about power, but about existence,” he asserted.

“Neither Israel nor the United States is perfect but we do have a system of laws that we insist are abided by… we do not name streets after or make heroes out of terrorists.”

Huckabee also focused on the issue of Jerusalem, saying that “the notion that Jerusalem should be divided is nonsense…. Only one nation in the world every claimed it as its capital… it is never even mentioned in the Quran… At some point we have to come to grips that Jerusalem is the capital of Israel, not because it has been since 1948 but because it has been for 3000 years and it has to be accepted.”

He said that Israel’s sovereignty, safety and security had to be protected because Israel was just the first “domino” and the United States would follow. “Anyone who comes after you is after us next,” Huckabee said. 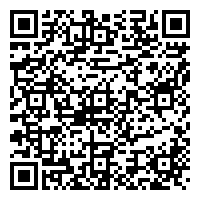